Whether it is a murder mystery whodunnit, an action thriller, glossy period drama, fantasy sci-fi, or dystopian drama, the UK with its huge variety of available film locations backed up by access to some of the best expertise that the film and tv industry can offer, is an attractive location choice for many film producers and tv productions companies.

It is not surprising therefore that so many locations across the UK has been used as the backdrop for numerous films and TV shows,

Ever wondered about where those shots from your favourite movies are filmed? Curious to know where is the real life location for your that box set you just binged watched. Fancy visiting one of these places yourself?

Here is our list of some of our favourite examples of film locations that can be visited by the general public.

Highclere Castle, built in a neo-Jacobean style in the `19th century, has perhaps come to be one of England's best- known stately homes off the back of its association with Downton Abbey, the hugely popular TV drama series and film. Both interior and exterior were used throughout the series.

The nearby village of Bampton has also been used as the fictional village of Downton. Many scenes were shot in and around the church in Bampton. 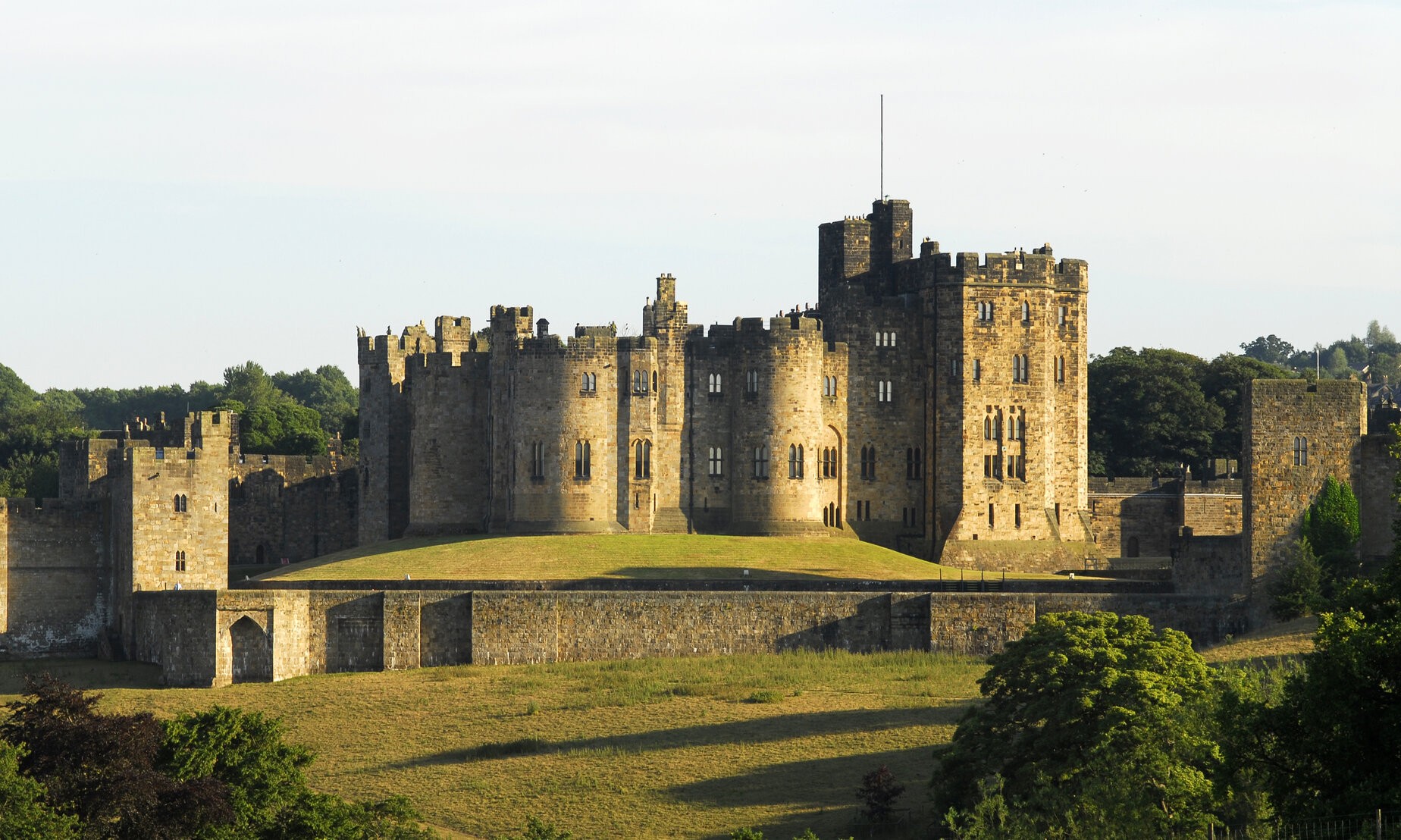 Scenes from the first two Harry Potter films were filmed at Alnwick Castle in Northumberland, most notably some of the broomstick flying lessons from The Philosopher's Stone, shot next to the Outer Bailey. The grand Lion Arch also doubled as the entrance to Hogwarts, while other scenes from Hogwarts were filmed within the castle courtyard and gates.

Alnwick has also been used as a location for other TV and film productions including Downton Abbey (Christmas Special) and Transformers: The Last Knight.

The Favourite starring Olivia Coleman and Rachael Wiesz was a worldwide hit scooping numerous Oscars, BAFTA's and a host of other international awards. Based on the life of Queen Anne, a large portion of the movie was filmed at Hatfield House, an imposing Jacobean property built in 1611 by Robert Cecil, chief advisor to both James I and Elizabeth I.

Located in Herfordshire just north of London and close to many major film studios, the property has featured regularly in many other films over the years including Paddington 2, All the Money in the World, Wonder Woman, The King's Speech and Batman Begins....

Located in the Forest of Dean in Gloucestershire, this ancient patch of woodland filled with gnarled tree roots, rocky outcrops and mossy glades provides the perfect backdrop to conjure up otherworldly settings and fantasy landscapes.

Popular with film makers for many years its list of credits is long including Star Wars: The Force Awakens, The Huntsman: Winter's War, Jack the Giant Slayer, Doctor Who and most recently The Secret Garden.

Chatsworth is a stately home in Derbyshire in the heart of the beautiful Peak District. It is the seat of the Dules of Devonshire and has been in the Cavendish family for over 500 years. The 35,000-acre estate with its wide range of locations provides a versatile setting for both TV & film productions.

Most notably it was used as Mr Darcy's home, Pemberley, in the 2005 film adaption of Jane Austen's Pride and Prejudice, starring Keira Knightly and Matthew Macfadyen. Keira Knightly then returned to Chatsworth in 2008 for the filming of The Duchess, depicting the life of Georgina Cavendish, Duchess of Devonshire in the 18th century.

The village of Lacock, a picture postcard village located in Wiltshire not far from the City of Bath, is owned by the National Trust who preserve its historic character with modern affectations such as satellite dishes, dormer windows and conservatories banned. As such it has become a popular choice with film-makers looking for authenticity when filming the backdrop for period dramas. Cranford, Emma, Pride and Prejudice (1995 version), Downton Abbey all had scenes that were filmed at Lacock.

The nearby Abbey has also featured in films most famously in the Harry Potter movies as Hogwarts School of Witchcraft and Wizardry. The medieval cloister and several rooms inside the Abbey were used as interior scenes for the including the classrooms for Professors McGonagall, Quirrel and Snape.

Glencoe, a stunningly beautiful valley in the Scottish Highlands, is famed for is breath-taking scenery marked by steep mountain peaks, swift flowing rivers and spectacular waterfalls. It has gone down in history as the gruesome location of the Glencoe Massacre where in 1692 members of the MacDonald clan were brutally murdered by the Campbells, however in more recent times it has been used as the backdrop for numerous films and TV shows including notably Outlander, Skyfall (the location of James Bond's family estate), and Hagrid's House in Harry Potter and the Prisoner of Azkaban. 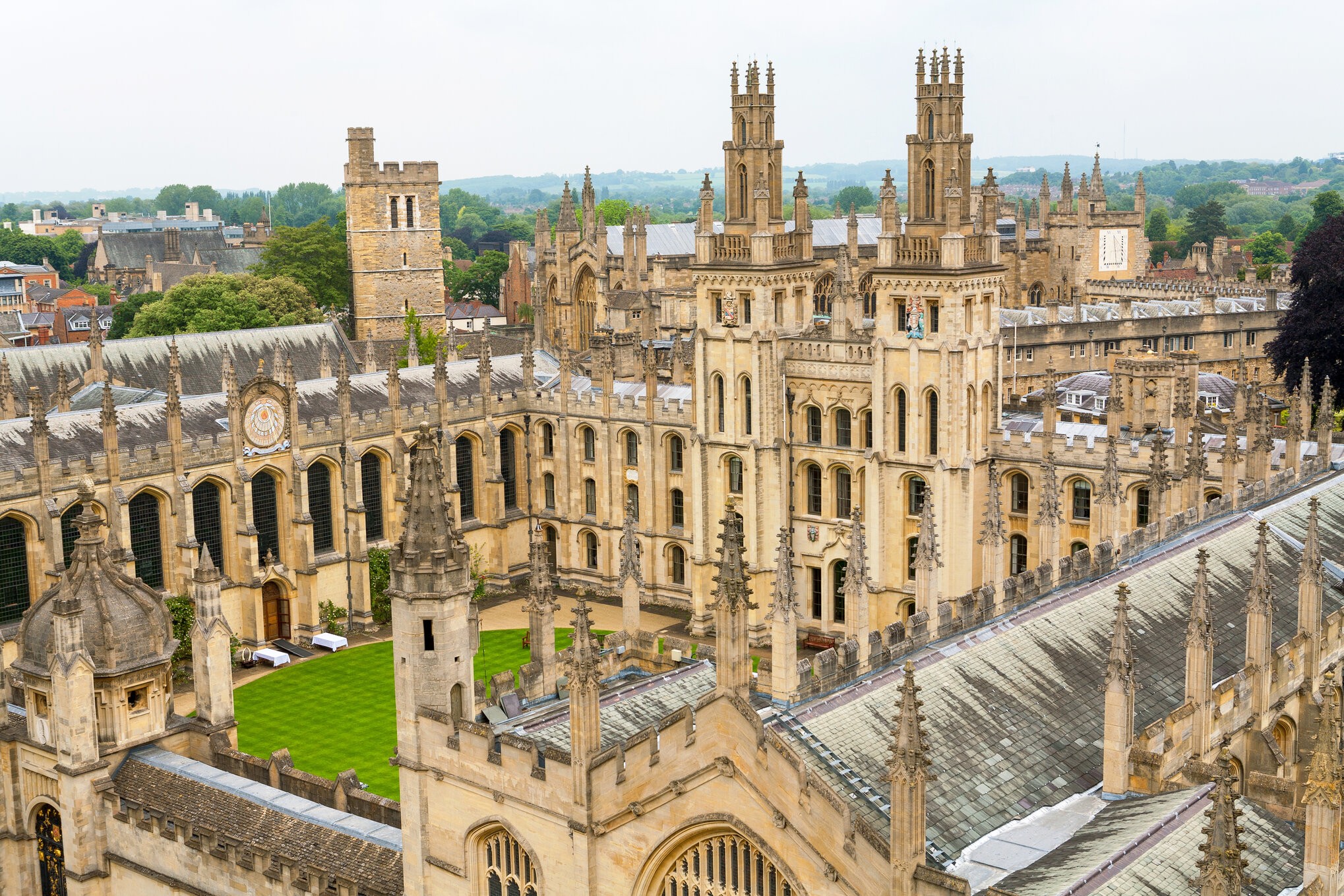 The university city of Oxford has no shortage of TV and film credits to its name and it is not surprising as the city is like a living movie set with the striking architecture of its well-preserved medieval college buildings around every corner. Fans of murder mystery shows will recall the Inspector Morse and Lewis TV series which are largely based in Oxford, while Harry Potter fans will instantly recognise the interiors of Christchurch College and the Bodleian Library which were used in a number of the early movies.

Notting Hill's fashionable Portobello Road is the location for weekly antique's and bric-a-brac market, drawing locals and tourists alike to browse the many market stalls that line both sides of the street. However, the road's fame was given an additional boost in 1999 by the release of the rom-com Notting Hill, starring Hugh Grant and Julia Roberts. The famous blue door (the entrance to William Thacker's apartment) is a popular photo op for film buffs.

The phenomenal success of the hit TV series Game of Thrones drew the attention of a worldwide audience to a number of eye-catching locations around the globe which were used as settings for the film's multivarious fictional worlds. Few places however can claim to have been used more extensively than Northern Ireland with numerous scenes filmed in various locations around the country including including Cushendun Caves, Murlough Bay, Ballintoy Harbour, Larrybane Quarry, The Dark Hedges, Inch Abbey and Downhill Strand.

One of the stand-out locations is Castle Ward, a National Trust property located near the town of Strangford in County Down, which features in a number of episodes as Winterfell Castle including the archery scene, King Robert's arrival and infamously where the young Bran Stark was pushed out of the window.

Fill in your details below and a member of our team will be in touch to discuss turning your ideas and dreams into reality.